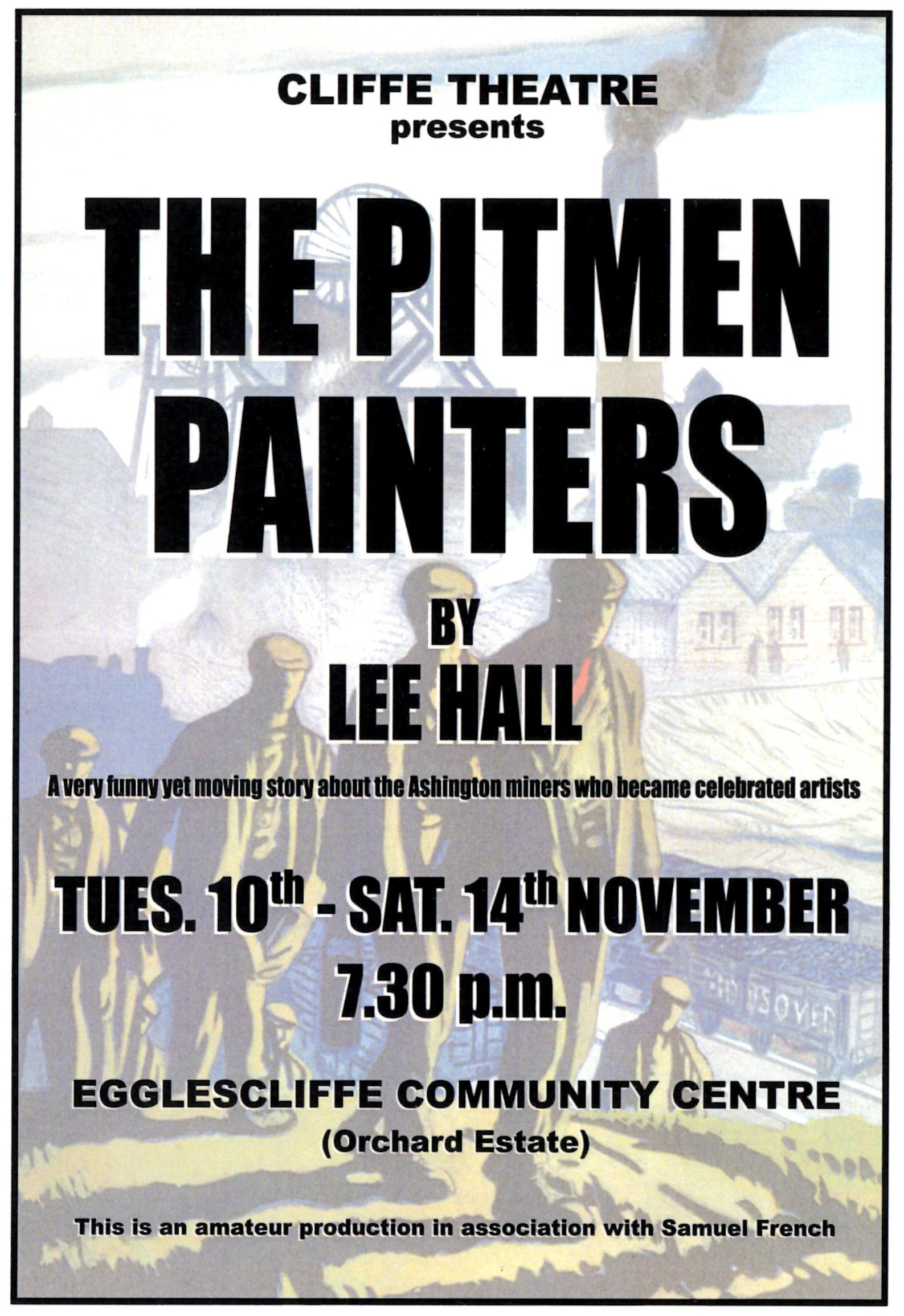 The Ashington Group of painters, on whose lives The Pitmen Painters is based, first came together in 1934 as a Workers Educational Class that, having studied evolution, decided to try something different. They invited Robert Lyon, a lecturer working at Armstrong College in Newcastle upon Tyne, to teach them art appreciation. Lyon started out showing them slides of work by famous artists but soon realised that a more effective course of action would be to encourage the Group to create their own art by drawing on their own experiences and the community in which they lived. Lyon set the miners weekly exercises to work on at home and then bring the results to the class to be discussed. The paintings they produced provide a unique record of their everyday life in Ashington.

The first exhibition of their work was held in 1936 at the Hatton Gallery in Armstrong College and this was followed by others both locally and in London.

Although Robert Lyon left them, to go and teach in Edinburgh, the Group continued to thrive and their work was noticed and praised by a number of prominent British artists and critics including Henry Moore and Julian Trevelyan.

Paintings were sold at exhibitions to help raise funds for materials and running the Hut, but those that were regarded as the best were kept for the ‘Permanent Collection’.

After the war critical interest in the Group waned but they continued to meet and produce art. The critic William Feaver met one of the Group’s central members, Oliver Kilboum, in the early 1970s and began a renewal of interest in their work. The paintings featured in several touring exhibitions here and abroad and in the 1980s the ‘Permanent Collection’ became the first western exhibition in China after the Cultural Revolution. The Group’s hut was finally demolished in 1983 and Oliver Kilboum, the last of the Group’s founder members, arranged for the paintings to be put in trust prior to his death in 1993. The paintings can now be seen in a purpose built gallery at Woodhom Colliery Museum.

William Feaver also wrote a book about the Group which was published in 1988. Eighteen years later the playwright Lee Hall came across a copy in a secondhand bookshop in London and decided to adapt the story for the stage. Since its first performance at Live Theatre Newcastle in 2007 the play has sold out the National Theatre, the West End and Broadway and has toured nationally and internationally. It won the Evening Standard Award for best new play and has been hailed as one of the past decade’s most significant pieces of British theatre.

ACT 1 & 2 – The action of the play takes place in Ashington, Newcastle upon Tyne, London and Edinburgh between the years 1934 and 1947.