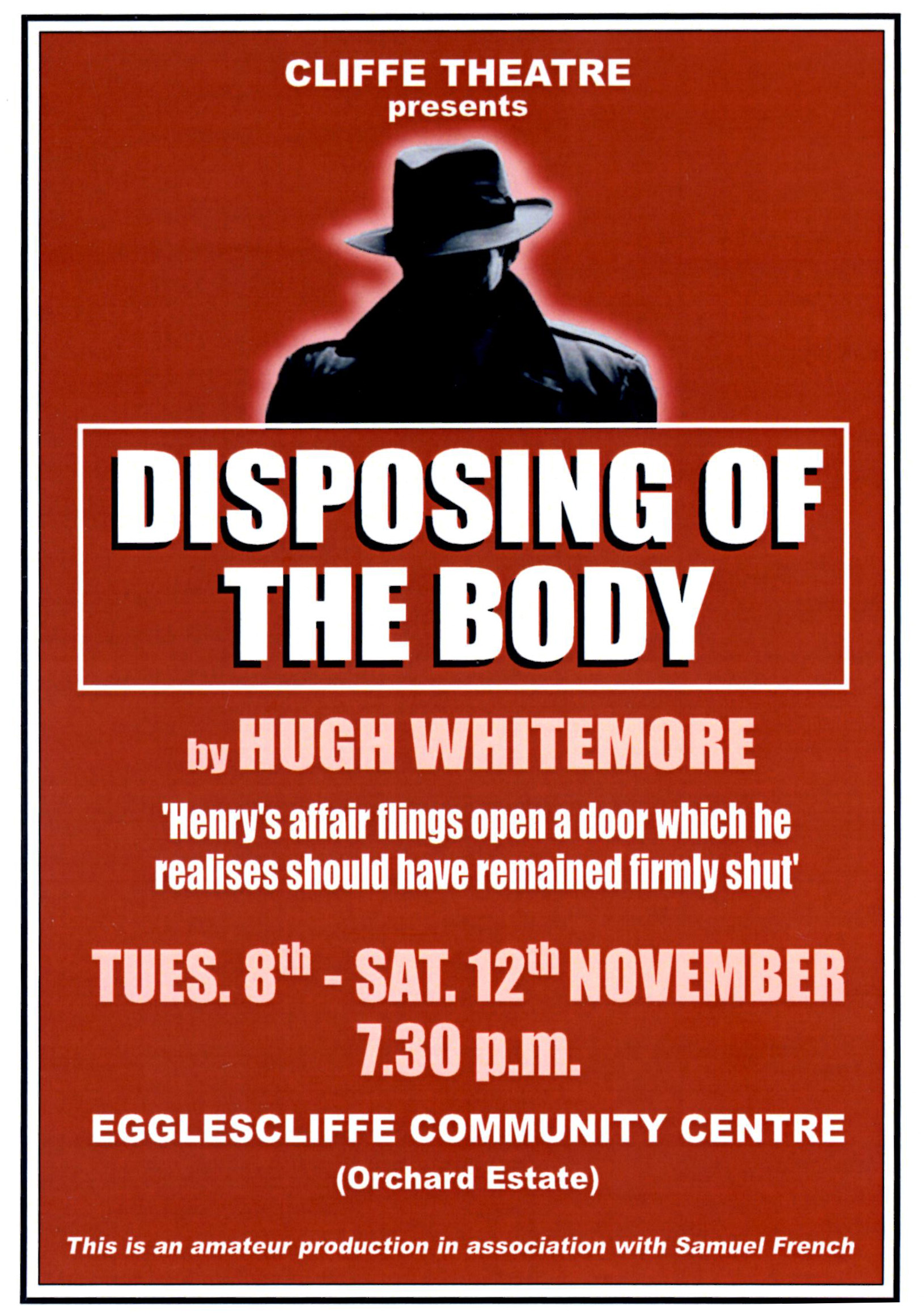 Despite the possible impression of the title, this is not a murder mystery play. However, it does have a mystery at its heart: the mystery that each person is to every other person. We think we know each other — but how deep can this sense of the other actually be? How deep can we actually go in understanding the complexity of another’s heart?

Henry and Angela have spent most of their adult lives together; but how well do they really know each other’s deepest feelings, longings and disappointments? Or does living together simply result in taking each other too much for granted?

Hugh Whitemore is one of Britain’s most serious and interesting dramatists. Cliffe Theatre have previously presented his Pack of Lies and among his other high profile plays are Breaking the Code (about the tragic fate of the computer genius and wartime code-breaker, Alan Turing) and Stevie (about the life of the poet Stevie Smith).

Disposing of the Body is highly theatrical in structure and it was the challenge of bringing this to our stage that prompted us to choose it.

ACT 1 & 2: The action takes place in England: partly in London but mostly in the country.