Beyond Reasonable Doubt – A Courtroom Drama by Jeffrey Archer. 5 – 9 April 2016 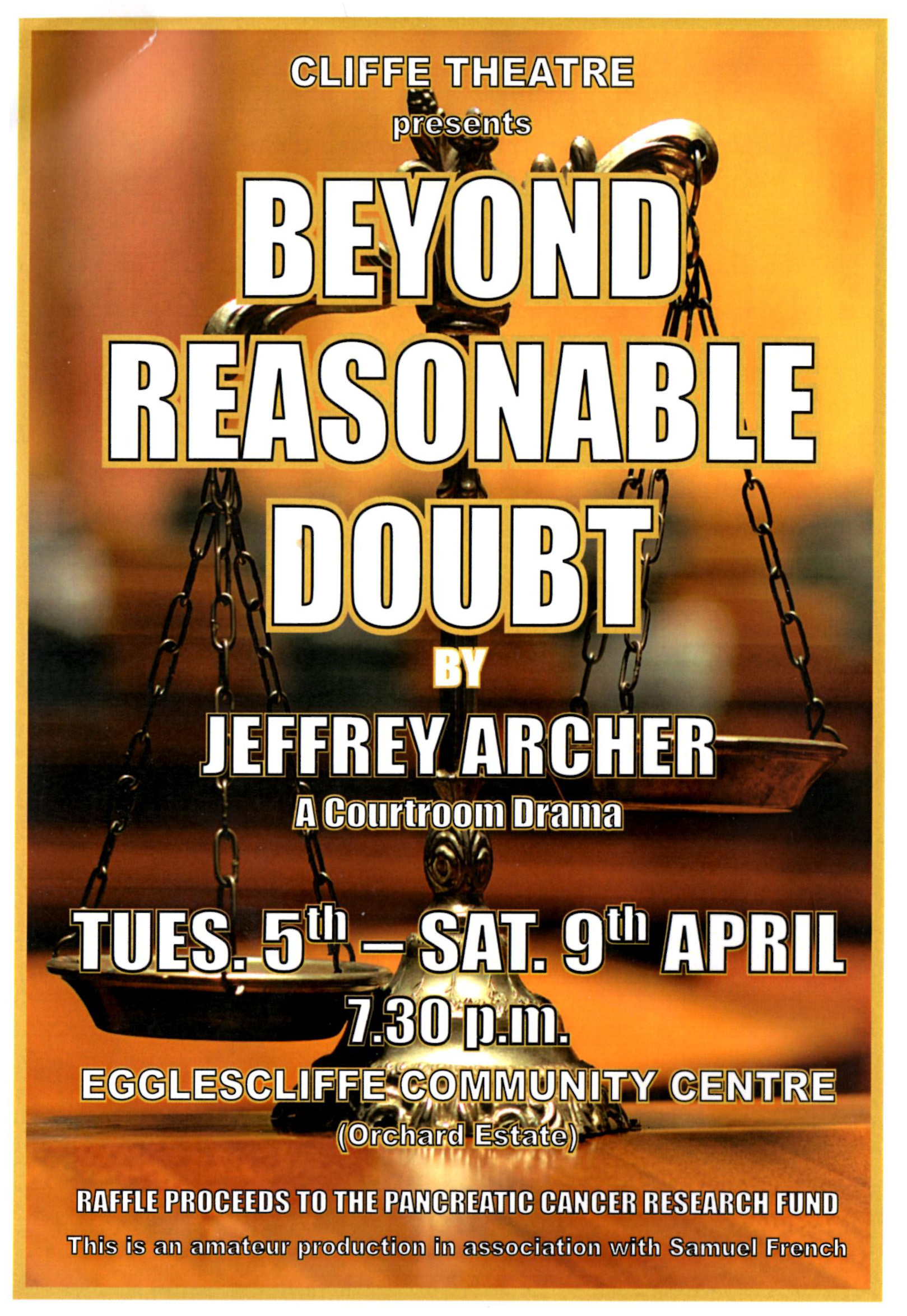 We would like to invite you to take your seats in the jury for this compelling courtroom drama set in the Old Bailey where Sir David Metcalfe, a distinguished barrister and QC, is accused of murdering his wife. Conducting his own defence he finds himself locked in legal combat with his old adversary Anthony Blair-Booth. You can listen to the evidence and decide for yourself whether he is guilty or not and then you can step back in time as the whole truth is revealed.

Jeffrey Archer is much better known as a novelist than as a playwright, he has only written three plays whereas his many books have sold over 330 million copies worldwide. Beyond Reasonable Doubt was the first of these three plays and his most successful. It opened at the Queen’s Theatre, London in September 1987 and ran for over 600 performances with Frank Finlay and Wendy Craig in the leading roles.

ACT 1 – The trial – The Central Criminal Court (The Old Bailey)

ACT 2 – Before the trial – The home of Sir David and Lady Metcalfe in Wimbledon.